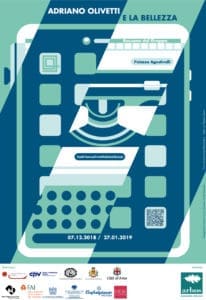 A beautiful exhibition on Adriano Olivetti was inaugurated last Friday in Bassano del Grappa.
After the one in Marostica in 2015, this one wants to put the accent on the theme of beauty. Beauty not only of the products but also of Olivetti’s philosophy.

“The fact that even for this exhibition Arbos has made a decisive contribution to its set-up -says Sergio Paolin, President of Arbos,- demonstrates how much admiration, even love, our company has for this great Italian, whose philosophy is full of teachings for entrepreneurs of the present.”.

Enlightened entrepreneur, innovator of social sciences, and precursor of architecture and design, he was able to lead Olivetti at the top of worldwide success and technological avant-garde. The first project in the world for a personal computer is his!

Equally innovative are his thoughts on society reform in a community sense, centred on the respect for the dignity of the worker, on the values of culture, on the use of technological progress for the construction of a spiritually elevated world.

“ By organizing libraries, scholarships, and various courses to a degree that no factory has ever reached before, we wanted to express our faith in the liberating virtue of culture.” (Adriano Olivetti)

You can read more information on the history of Adriano Olivetti on www.fondazioneadrianolivetti.it 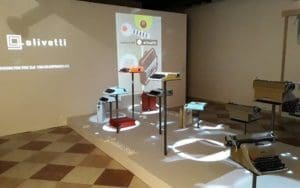