Arbos and the exhibition: “Adriano Olivetti: An example for social innovation” 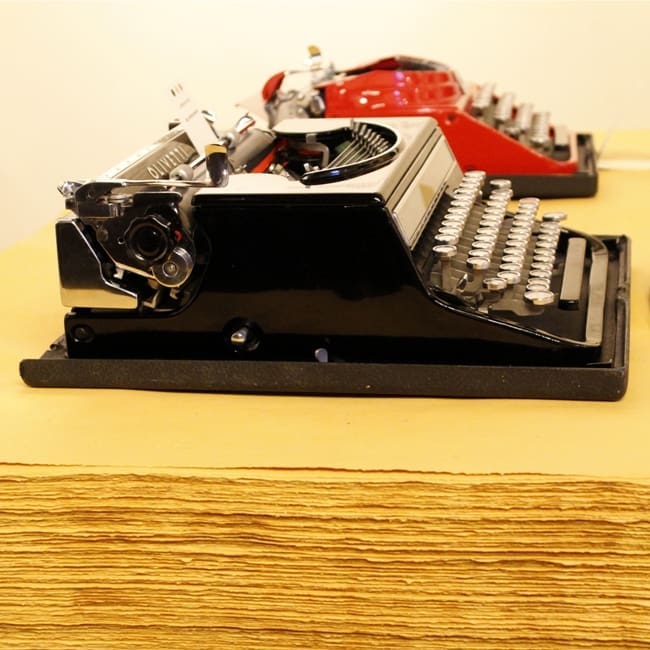 To visit the Olivetti exhibition in Marostica is to immerse oneself in the industrial history of Italy as well as the history of this man who, for many years, changed the image of the company making it more “human”. Olivetti wished to reconcile industrial development with the affirmation of human rights, and this exhibition wishes to pay tribute to his great personality and revolutionary zeal. On show at the exhibition, open to the general public between February 27th and March 8th 2015, are typewriters, calculators and posters created between 1930 and 1970.
Arbos has created and mounted this most interesting exhibition at the beautiful historical location of Castello Inferiore.
The show has been curated by the architect, Alessandro De Ambrogio, and is based on an original and highly innovative idea which could be described as a eulogy to “reuse”.
De Ambrogio and Arbos have chosen to reuse elements from stands once used by Arbos for their trade fair displays: apparently inconsistent ingredients but all created from paper and cardboard.
Visitors will be particularly attracted to the display of 3 paper pallets (weighing a total of 1000 kilos!), on which are arranged some prize examples of historic typewriters and calculators, including the “Olivetti Programma 101”: the world’s first personal computer, produced in 1965.
The plan behind the exhibition was to merge the “objects” on show into the staging, in an interesting and sometimes surprising way. The result is a very powerful backdrop, which enhances rather than dwarfs the display of typewriters and calculators produced by Olivetti.
Follow the exhibition on Facebook. 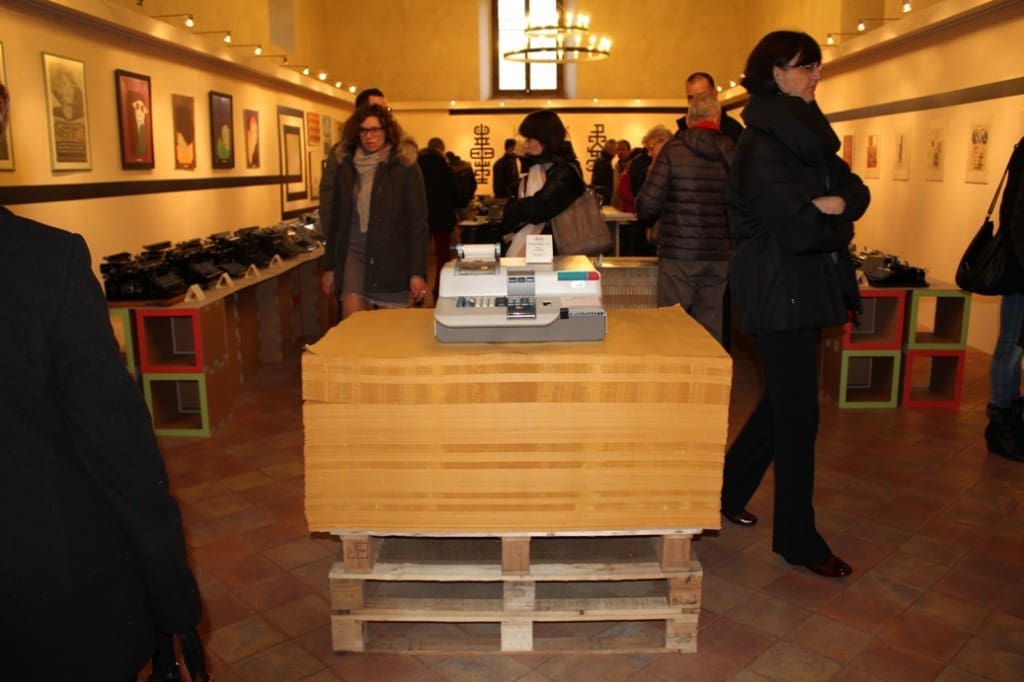 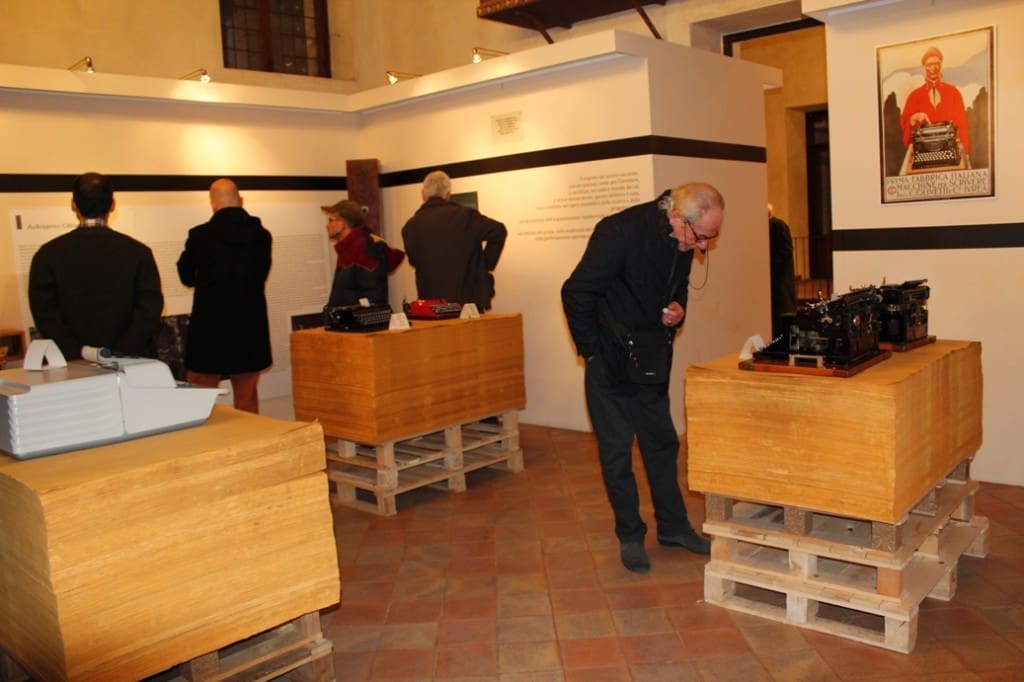 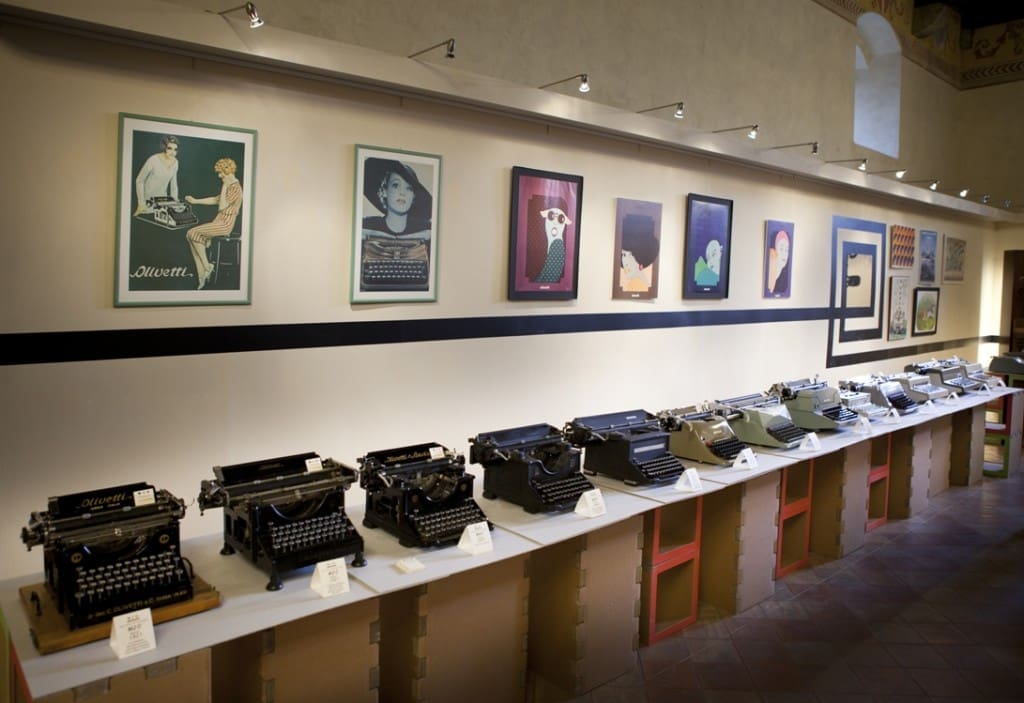