Do you remember when you were a child? Copybooks from the 1900s are on show in Milan 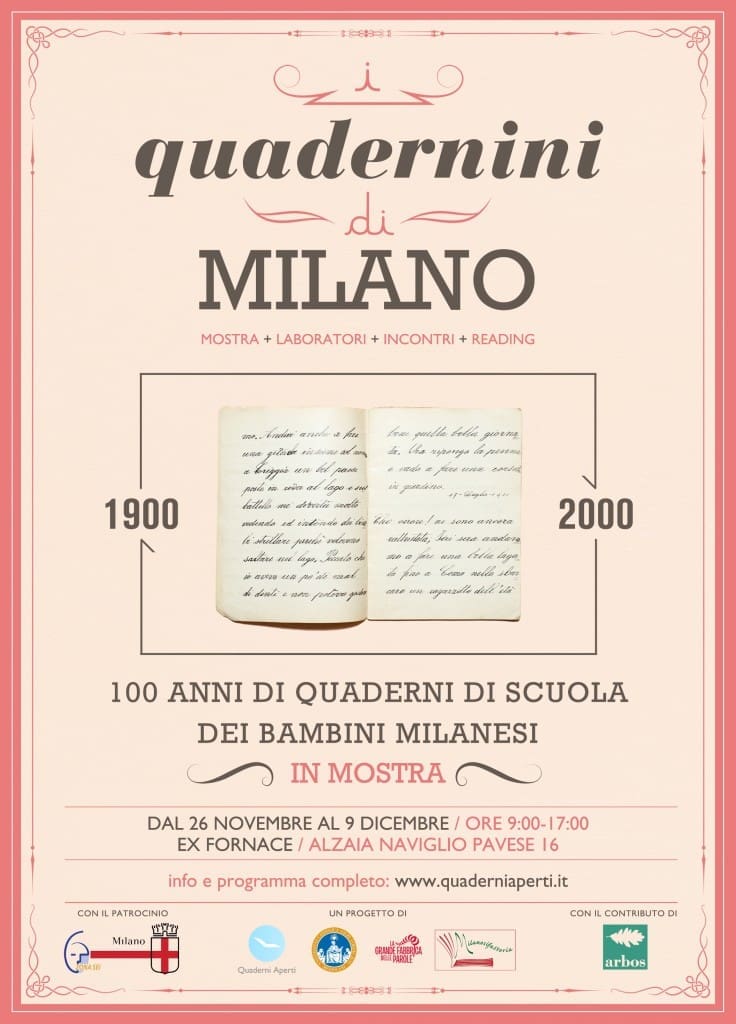 A new exhibition, I quadernini di Milano (Copybooks of Milan), will officially open at 9.00 p.m. on November 25th. The show is being staged at the Ex-Furnace of Milan (Alzaia Naviglio Pavese 16), and will run until December 9th.
I quadernini di Milano has been jointly organised by the Quaderni Aperti Association and Arbos.
The exhibition features a collection of copybooks dating from the late 19th century to the present day, put together by the Quaderni Aperti Association. The association promotes a joint project of collecting exercise books from elementary and middle schools, with the aim of evaluating their contents and encouraging cultural activities.
Visitors to the exhibition will be able to read the copybooks of pupils from long ago, shown alongside digitalised prints of some of the most interesting details and clever touches.
There will also be 7 facsimiles of original exercise books for visitors to look through; selected as being most representative of the last hundred years. Arbos has been responsible for producing these copies, and for mounting the display with the use of recycled cardboard. The exhibition will also incorporate workshop activities for children, workshops in schools, and talks and meetings to provide more detailed information.
In addition, the collaboration between Arbos and the Quaderni Aperti Association has produced the similarly-named Quaderni Aperti project. This has led to the creation a collection of 10 copybooks dedicated to the ten decades of the 20th century, each containing a selection of children’s drawings and essays: beautiful notebooks to write in and to collect!
The first 4 Quaderni Aperti in the Arbos collection will be on sale at the opening night of I Quadernini di Milano. From early December onwards, it will also be possible to order them in Italy’s best bookshops and stationery stores.
You can view the programme for the exhibition on the association’s website www.quaderniaperti.it 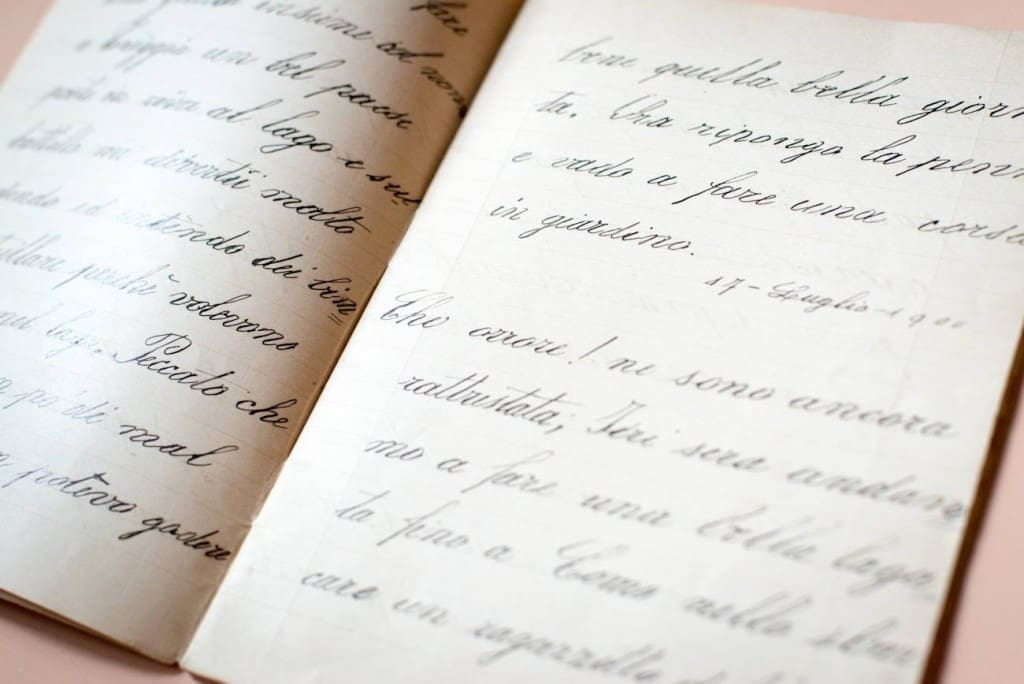 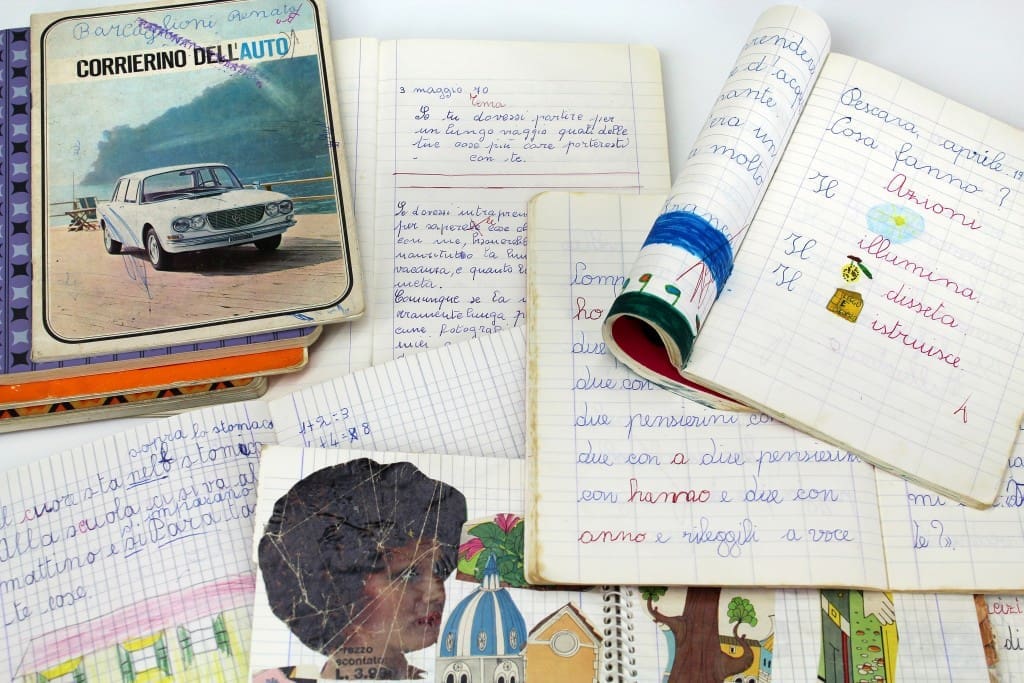