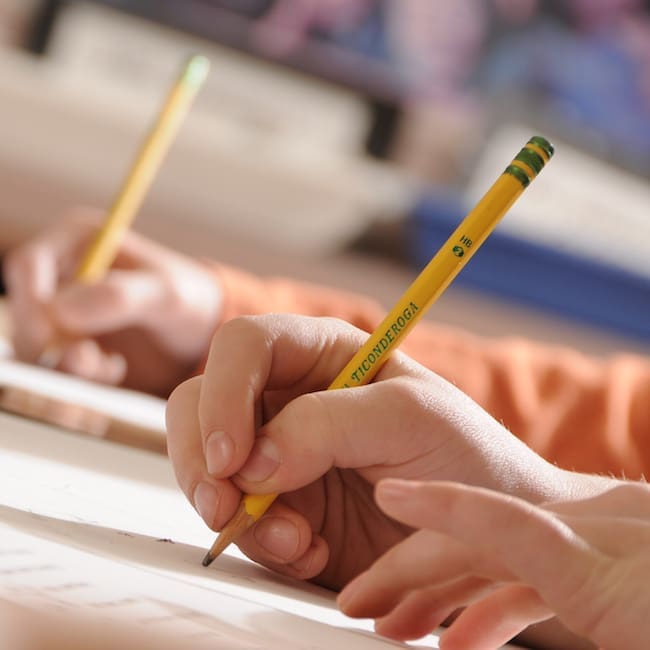 “Nulla dies sine linea” is the title of the study carried out by Professor Benedetto Vertecchi and the Laboratory of Experimental Psychology of La Sapienza University into the handwriting skills of primary school children.

The experiment, which involved 380 students of classes 3, 4 and 5 of two primary schools in Rome, required the children to spend 15 minutes each day, from Monday to Friday, to produce short hand-written texts of 4, 5 and 6 lines respectively.

It emerged from the study that the children demonstrated a growing difficulty to write by hand and in cursive. It was apparent how many children had not developed joined-up handwriting and wrote instead with separate characters in upper case.

According to Vertecchi and his team, these results can be attributed to the decline in use of handwriting in favour of digital means, and this is leading in fact to a shorter memory span, poorer spatial awareness and less precise perception of temporal relations.

The effects of a decline in handwriting skills, therefore, are more than just technical and involve the overall capacity to express thoughts in written form.

As a result, it is all the more essential and pressing to rediscover not only the usefulness of writing by hand but also the pleasure that this can give – the pleasure of letting a pen flow across paper in a manner that is much more expressive and sensitive than the tapping of fingers on a keypad.

As the age-old expression goes, “Nulla dies sine linea” – no day without a line: the practice of writing by hand is a daily exercise that allows one to think, reflect, listen and grow.

In this video, Professor Vertecchi describes in brief the conclusions of the study.