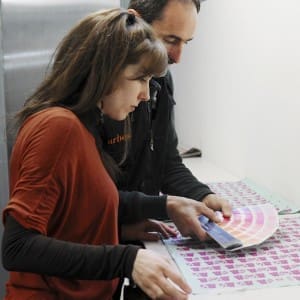 How does a craftsman‘s work begin? It is often by tradition that skills are handed down from father to son, other times young people train to learn a craft in the workshop; instead, on many other occasions, the desire to achieve a dream often stimulates creativity and leads to the world of handicrafts

This was the idea behind the project “Secret Dreams. Connecting generations of makers in Italy”, promoted by the Laboratorio di Management dell’arte e della cultura dell’Università Ca’ Foscari.

The venture was officially presented on 26 September 2014 during the Researchers’ Night in the striking setting of theformer convent of SS. Cosma and Damiano at Giudecca, in the presence of the 16 companies that will take part in the project.

Arbos is one of the selected companies. “Secret dreams” is aimed at “creative industries” and at sectors specialising in Italian-made products with a high level of artistic craftsmanship. This is the sector in which the need is most felt to keep the craft tradition alive, as well as the great technical and artistic ability of the territory. While on one hand the “well-made Italian” sector is presented as one of the main resources for boosting creativity, on the other it seems difficult to encourage the younger generations to approach the traditional view of handicrafts.

The declared aim of the project is to favour the transmission of the craftsmen’s skill through generations of creative artists and to exploit the experience of the “masters” to highlight the artisan imagination, all that craftsmen have dreamed of during their career but have not yet managed to achieve. Their secret dreams thus become the element on which to work to create a new connection with young people and become a source of inspiration for the new generations.

Thanks to this project, the secret dreams of the master craftsmen will come to life along with the creativeness of the young, to give a new life force to creative companies and rediscover the skills and values that ensured the greatness of a whole generation of “makers in Italy”.

Stay tuned so as not to miss the next developments of the project!