Quaderni Aperti by Arbos: 100 years of school in 10 copybooks 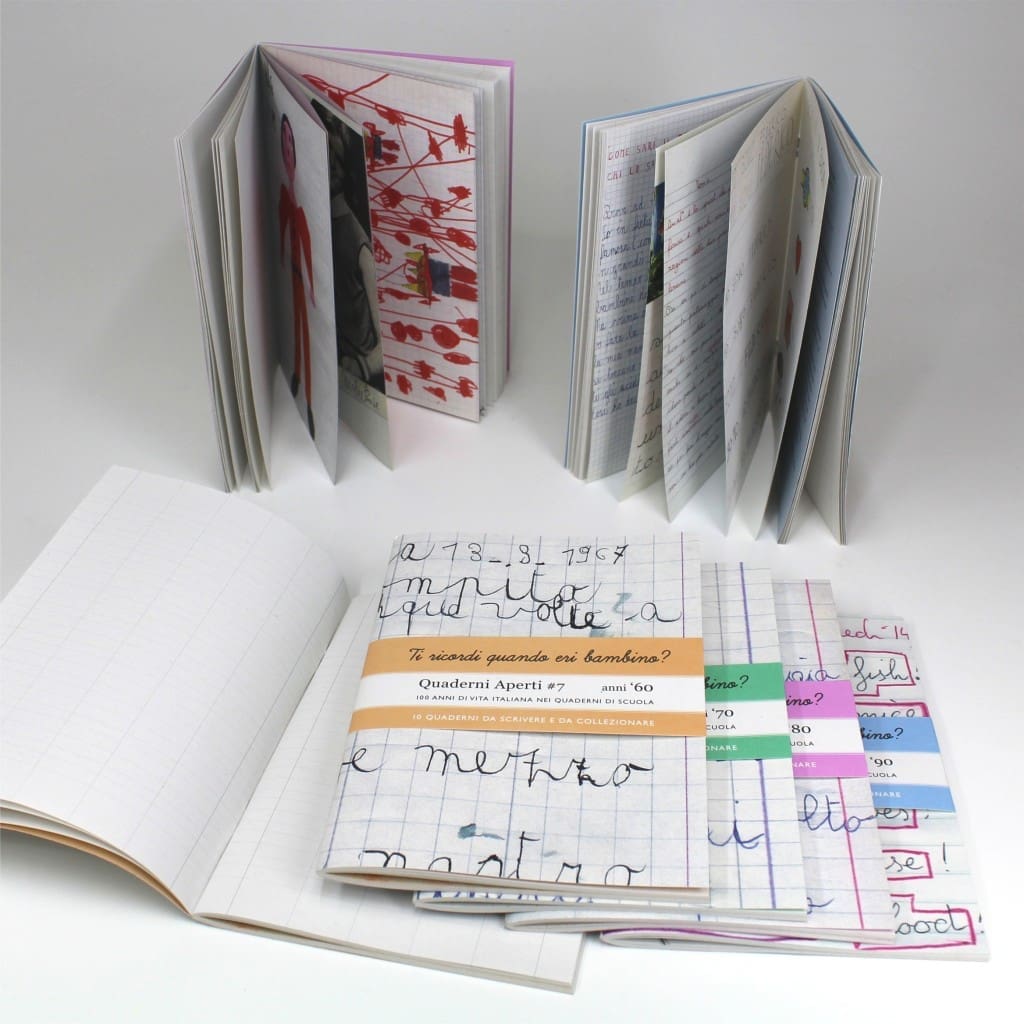 Arbos and the Quaderni Aperti association have conceived the idea for a line of 10 copybooks for you to write in and collect, each dedicated to an individual decade in the 1900s. But these are not just notebooks for jottings, for they also contain a special insert with a wonderful selection of children’s essays and drawings. These constitute an important documentary record of children’s thoughts and ideas, of writing styles in the past, and of the story of education in Italian schools.

This content provides us with a small but valuable written legacy. Indeed, the simplicity and candour with which the children describe experiences in their daily lives are like a voyage back in time, and help explain the extent to which our lives are influenced by the context in which we were raised. When we read these old essays with their ingenuous style, delightful anecdotes and grammatical errors, we start to remember our own schooldays, our caring or strict teachers, and the many games we played with our friends. As we turn the pages, we relive those happy, carefree moments in the distant past, which still seem so fresh in our memories.

For a number of years, the Quaderni Aperti Association has been promoting a joint initiative to collect school copybooks, especially those from Elementary and Middle schools. The project was the brain-child of the blogger and founder of the association, Thomas Pololi, and the idea was to promote the copybooks with a range of cultural initiatives, involving research and social interaction. These have created a bridge between different generations by means of various activities, including workshops and joint readings by today’s children and the authors of the original copybooks.

The project is only in its infancy, and one aspiration is to extend it to collecting copybooks from other countries, as a way of promoting integration between different cultures and peoples. In addition, the project is open to anyone who has kept their school copybooks or those of their family. Indeed, you can take part in the collection scheme by following the instructions on the website Quaderni Aperti. The exhibition, I quadernini di Milano, organised by the Quaderni Aperti association, is currently on show, and will remain open to the public until December 9th. It is being staged at the Ex-Furnace of Milan (Alzaia Naviglio 16). Arbos has contributed to the show by mounting the display with the use of recycled cardboard. Other support has come from the Department of Pedagogy of the Università Cattolica del Sacro Cuore, Milanosifastoria, Il Mondo è Piccolo!, and La Grande Fabbrica delle Parole.

The first 4 copybooks in the Arbos collection can now be purchased at Feltrinelli bookshops, and are also available at Italy’s best bookshops and stationery stores. These are A5-size stapled copybooks, containing special inserts from four different decades: the 1960s, ‘70s, ‘80s and ‘90s. They contain 64 pages printed with the ruled lines typically used in Elementary schools. The copybooks are entirely made from ecological paper with ecolabel certification.

These are notebooks to write in and to collect!