Theatrical spectacle “The Sky in a Womb”. Arbos partner of the event 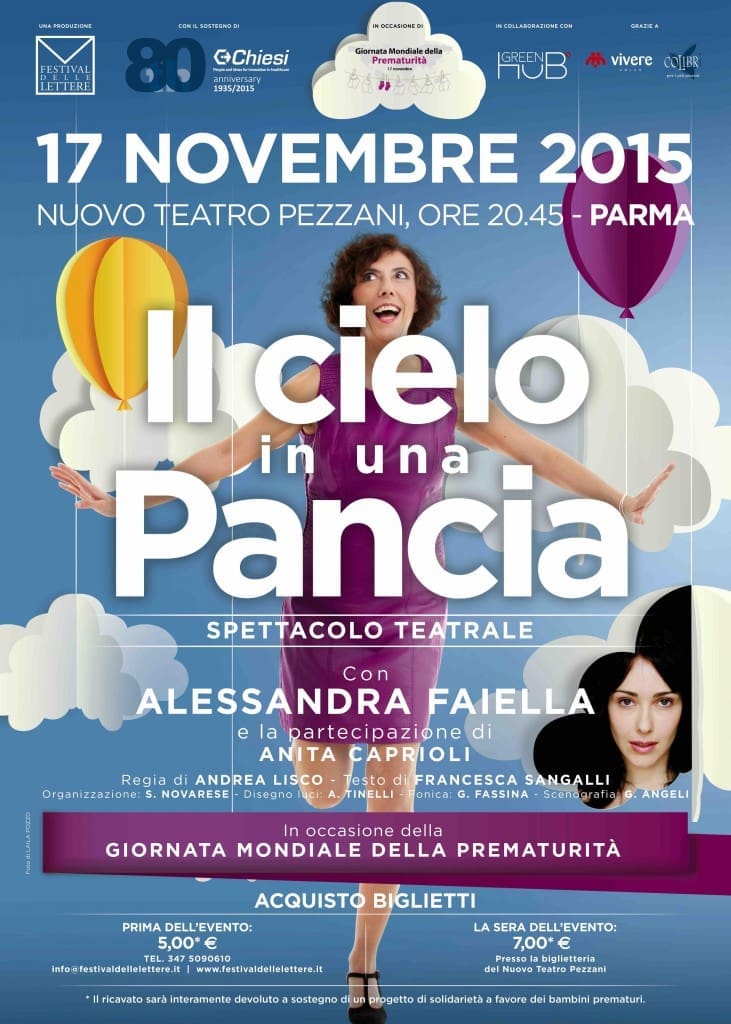 Il Cielo in una pancia (The Sky in a Womb) is a theatrical spectacle involving letters from the Festival of Letters and from various neonatal specialists. It was written by Francesca Sangalli, with the support of Chiesi Farmaceutici, and is scheduled to take place in Parma on November 17th, recognised as World Prematurity Day.

The aim of the show is to raise awareness of the subject of premature birth. It brings together a writing competition which can now boast 11 editions and over 20,000 letters and a pharmaceutical company involved for over 80 years in the problems associated with neonatology.

The leading player in Il Cielo in una Pancia is the actress, comedian and writer, Alessandra Faiella, who will lend her special skills to the performance, interlacing the reading of the letters with the story of a woman’s life, told from the point of view of her womb.

On October 11th, the Premio Speciale alla Vita (Special Prize for Life) was awarded to Giulia Grosso for the best letter presented at the Festival. Giulia’s letter, and others written from “the womb”, will be read by the gentle voice of Anita Caprioli at the Nuovo Teatro Pezzani (New Pezzani Theatre) in Parma.

The best letters from the competition can be found in the Arbos catalogue/notebook. The company is delighted to be supporting this important initiative, due to take place in Parma on November 17th.