Pick up your sacks and shovels: “Puliamo il Mondo” is back! 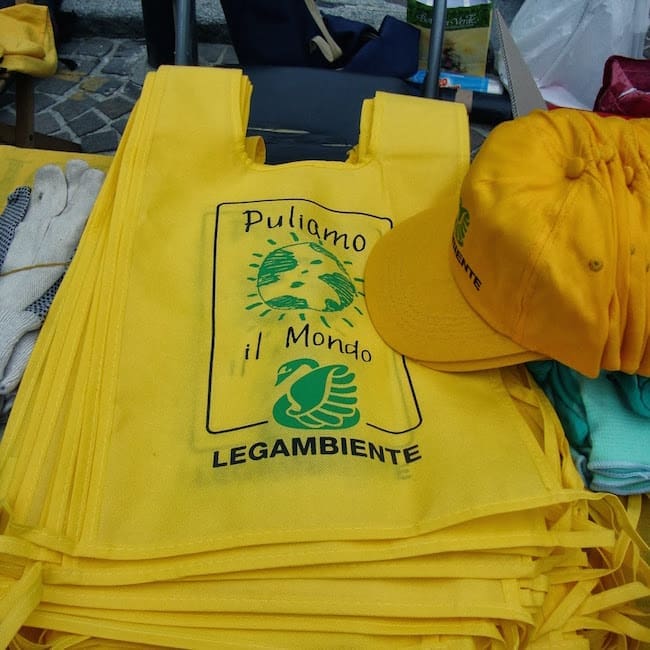 From September 25th to 27th, the whole of Italy will be taking part in the annual “Puliamo il Mondo” (Clean Up The World) campaign: the important voluntary initiative which promotes safeguarding of our environment, organised by Legambiente in association with RAI.

Once again this year, these three days will focus on encouraging awareness, and will involve group activities of cleaning up the environment, with volunteers tidying and collecting rubbish in the parks, gardens, streets, squares, rivers and beaches of many cities around the world.

The “Clean Up The World” campaign was started in Sydney in 1989, and now involves over 35 million people in 120 participating nations every year.

In Italy, “Puliamo il Mondo” has been organised by Legambiente since 1993. It has been made possible thanks to the tireless work of thousands of volunteers, who help coordinate the event at local level in alliance with public bodies, associations, companies, citizens’ committees and organisations of various types.

Educational institutions in Municipalities signed up for the initiative can also take part in “Puliamo il Mondo”. However, schools in other areas can also ask their local authority to support their participation by procuring the necessary cleaning kits, which can then be handed out to the students.

Being part of “Puliamo il Mondo” means getting involved in a practical activity to help make our cities cleaner and more habitable. It can also be an important gesture in educational terms in that it aims to encourage our children, and they will be the citizens of tomorrow.

Italy is one of the world’s most beautiful countries, admired worldwide for its wonderful landscapes and towns and cities rich in history, tradition and architectural splendour. Allowing this beauty to be spoilt by rubbish is a type of barbarism to be fought in all its forms.