A bridge between cultures to save the Bridge at Bassano 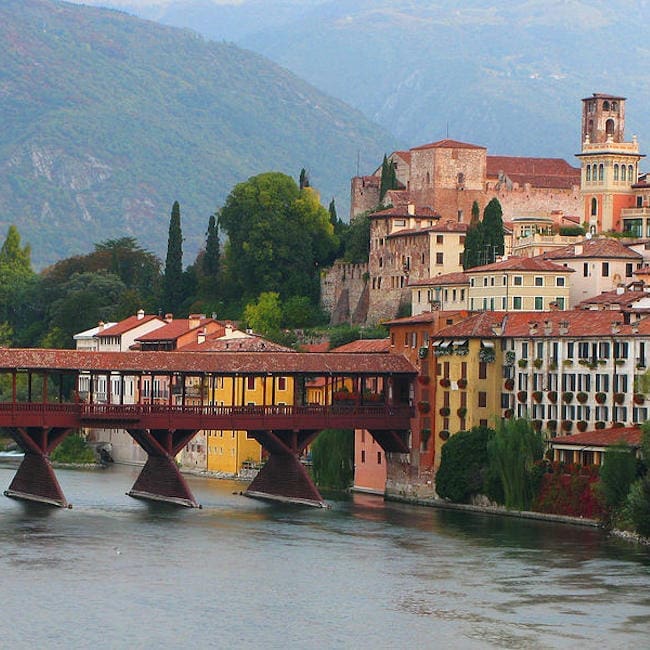 The “Ponte Vecchio” (Old Bridge) in Bassano del Grappa was designed by the famous architect, Andrea Palladio, and crosses the River Brenta connecting two sides of the town.

The bridge is not only the most famous monument of Bassano: it is also its undisputed symbol.

For a whole weekend, the Bridge will also be symbolic of a desire to bring places and cultures together. We are, therefore, talking about a figurative bridge celebrated today and tomorrow on the occasion of the event “Per il ponte, un ponte per…” (For the bridge, a bridge for…), organised by the Municipality of Bassano del Grappa and coordinated by the ethnic communities of B.I.G. – Bassano In Globe.

Over these two days, the town will host an exhibition, a convention and a gala dinner that will tell of the experience of migration shared by many countries, including Italy, and emphasise the similarity of events both past and present.

Also taking part will be cultural associations and groups established in Bassano by foreign countries, like Poland, Ukraine and Eritrea.

Sponsors of the event could not fail to include Arbos, who supports the venture together with many other local businesses.

The venture also aims to raise funds for restoration of the bridge at Bassano. The bridge was rebuilt by alpine soldiers, or “Alpini” after the Second World War, but has deteriorated since due to occasional flooding of the Brenta and heavy vehicular traffic, and plans for major restoration should go ahead within the next few months.